Riley Olivia Peregoy, 8, is a third-grade student at St. Augustine Elementary School. She is the daughter of Mr. & Mrs. Robert J. Peregoy. Riley is a member of the St. Augustine Junior Knight Dazzlers and attends the Erika Garcia Haynes School of Dance.

Riley enjoys spending time involving herself with extracurricular activities and is actively involved in community service events. Among other things, she enjoys the outdoors, and spending time with her family and friends. Her hobbies include dancing and arts and crafts with a particular love for painting.

Riley’s father has been a WBCA volunteer since 2002, WBCA Board Member since 2010 and member of the WBCA Executive Committee since 2016. Riley looks forward to continuing the family tradition of participating in the Washington’s Birthday Celebration.

He has been a member of his school’s basketball and flag football teams for 3 years and baseball for 4 years. Daniel also enjoys hunting having harvested his first buck at age 6, fishing, and drawing. He is a proud member of NET (Nueva Evangelizacion del Tercer Milenio), a Catholic organization focusing on spiritual growth and community service.

Daniel’s father and mother have been WBCA members since 2015 where she currently serves on the Development Team. Lucy has also been an IGNC member since 2013 where she has served as IGNC’s secretary and treasurer and is currently 2nd vice-president.

She is the daughter of Alfredo Montes Silva and Miriam Mendoza de Montes. She is a member of her school’s volleyball and tennis teams. Her extracurricular activities include Club Net and acrylic painting lessons. She enjoys dancing, singing, swimming and playing with her family and friends. During her free time, Miranda practices horseback riding with her mom at her grandfather’s ranch.

Miranda’s parents have been members of the Consejo Internacional de la Buena Vecindad since 2012. Miranda looks forward to representing Mexico as an Abrazo Child for the 122nd Washington’s Birthday Celebration.

Jorge Emiliano Perez Garza is 10 years old and a fourth grade student at Instituto Irlandés de Nuevo Laredo. He is the son of Jorge Antonio Perez Chapa and Laura Edith Garza de Perez. He is actively involved in school activities and is a member of his school’s basketball team, land plays for the BGC Basketball League.

Jorge enjoys playing basketball, baseball, and swimming and is an avid Pokémon card collector. During his free time, Jorge practices horseback riding and is part of Club Net. Jorge Emiliano enjoys helping others and is always planning games and fun activities with his siblings.

His parents have been involved with the Consejo Internacional de la Buena Vecindad since 2014 and have served as historians for the organization. Jorge is excited to be representing Mexico as an Abrazo Child for the 122nd Washington’s Birthday Celebration. 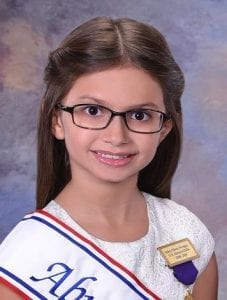 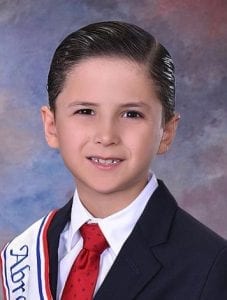 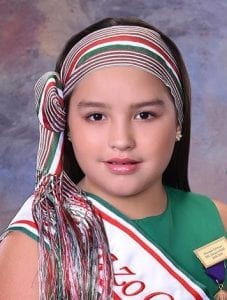 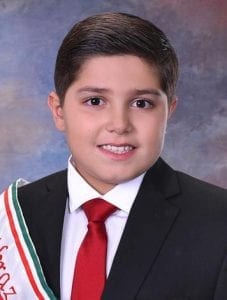 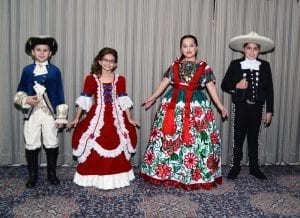 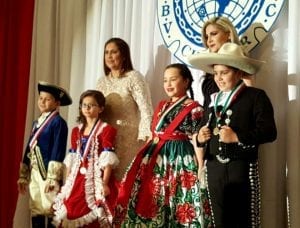 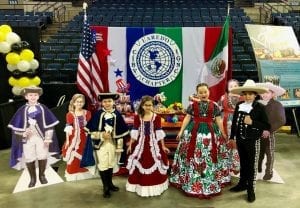 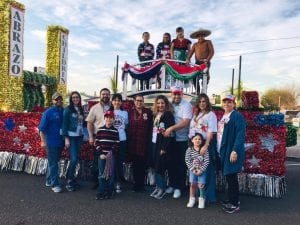 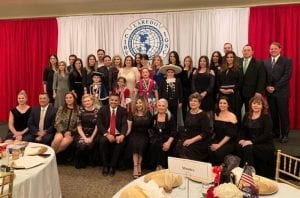