She is a second-grader with all “A” Honor Roll at Colonel Santos Benavides Elementary School, where she is a Gifted and Talented student and belongs to the rigorous Dual Language Program.  Natalia has earned the Principal’s award and Top of the Class recognitions and has had perfect attendance for her three years of school.  She obtained second place in her school’s Art Contest, also placing at the District level, won third place in the Science Fair and participated in her school’s track team.

Natalia enjoys taking ballet and jazz dance lessons at Lily Hachar Dance Studio since the age of three and has performed in five annual recitals.  She plays tennis at the Laredo Country Club and belongs to the United States Tennis Association.  Natalia has been practicing volleyball at The Gym Legacy preparing to join her school’s team this year.  She enjoys reading in English and Spanish and taking art classes at The Art Studio.  Natalia attended Mundo Montessori before pre-kindergarten.

Natalia enjoys traveling with her family, and at her young age, has visited 15 different countries.  Her mother serves as Treasurer of the International Good Neighbor Council and is also a member of WBCA.  Both her parents have been WBCA volunteers.  She looks forward to representing the children of the United States in the upcoming WBCA celebration.

Oscar Omar Martinez, III, 10, is the son of Mr. Oscar Omar Martinez Jr. and Mrs. Eileen Azucena Andrade-Martinez. He is a fifth-grade student at Dr. Malakoff Elementary. Oscar enjoys hunting, fishing, tending to livestock, basketball, and golf. Oscar began golf at age three and as a privileged member of the Laredo Country Club Junior Golf and the Southern Texas Professional Junior Golf Association, he aspires to become a professional golfer.

As a proud member of the Lone Star 4-H Club, he has raised and showcased animals earning him prestigious awards and scholarship monies.  Oscar is an active member of Cub-Scouts where he serves his community and has earned merit badges and recognitions, including the Catholic Religious Medal Award from our Bishop. He graciously serves the Lord as an altar boy and usher at St. Patrick’s Church. He is the grandson of Mr. Moises Andrade Jr. (✝) and Mrs. Lily L. Andrade and The Honorable Judge Oscar Omar Martinez and Mrs. Velma G. Martinez

Both parents have been members of WBCA since 2015. Eileen serves on the WBCA Development Team since 2018 and has been a member of IGNC since 2014. Eileen is on IGNC Executive Board where she has served as Historian and is currently serving her 2nd term as Secretary.

Oscar is delighted to represent Laredo and the United States as the 2020 Abrazo Child and looks forward to continuing the family tradition of participating in the 123rd Washington Birthday Celebration.

Vera Rocha Gordillo will represent Mexico as an Abrazo Child and was born in the patriotic month of September. Vera Rocha Gordillo, 7, attends the second grade at Mary Help of Christians School. She is the daughter of Abraham Rocha Garcia and Cecilia Gordillo de Rocha.

Vera participates in volleyball, the Net Club, and gymnastics. She loves to dance, sing, and swim with her family and friends.  Vera’s grandparents have played a major role in her upbringing. From her love of drawing, inherited by her grandma Nanis, to her goal of becoming a teacher like her grandma Ana. She also developed a love for the outdoors due to her trips to her grandpa Carlos’ ranch and has a fine sense of humor like her grandpa Abraham.

Vera is a happy, outgoing, responsible, and respectful little girl who loves her two older brothers, Abraham and Santiago. She follows her ancestors’ example of loyalty and patriotism because she loves to hear all the stories her great grandparents tell her about Mexico.

Vera’s parents have been members of IGNC since 2011. Vera’s aunt is a 10-year CIVB Member and the 1981 Abrazo child, as well as 1992 SMW Debutante. Her uncle Lauro L. Guajardo was the 1993 Abrazo child. Vera and her family look forward to representing Mexico as an Abrazo Child for the 123rd Washington’s Birthday Celebration.

Sebastian Palos Peñuñuri is a 9-year-old and a 4th-grade student at United Day School. He is the son of AA Mario Palos Moreno and Alexandra Peñuñuri de Palos. He is a member of the student council, basketball team, and flag football team at his school. His extracurricular activities consist of playing basketball and soccer. He enjoys reading, swimming, and traveling with his family. During his free time, he plays with his brothers and friends.

The parents of Sebastian are active members of the CIBV since 2014. His parents are also involved in the Mujeres de Sol y Agave of Nuevo Laredo, a non-profit organization that seeks to support Mexican women with limited resources who have a vocation and desire to pursue higher education. Sebastian looks forward to representing Mexico as the 2020 Abrazo Child during the 123rd Washington’s Birthday Celebration festivities. 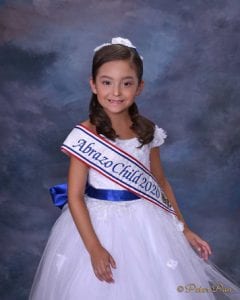 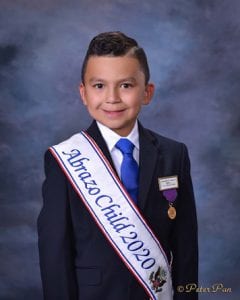 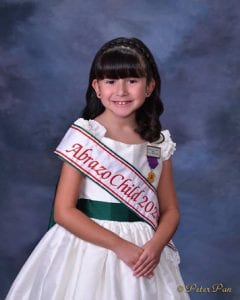 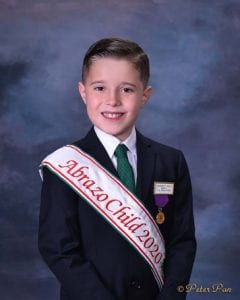 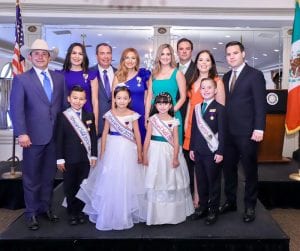 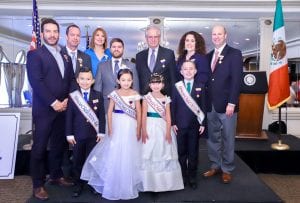 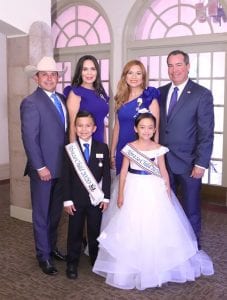 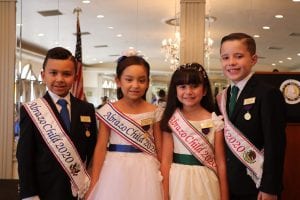 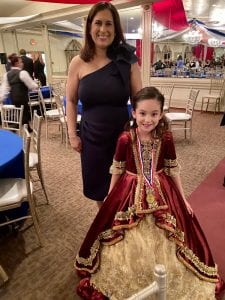 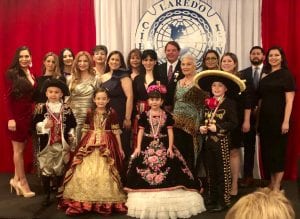 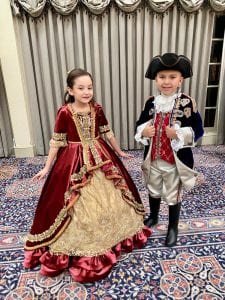 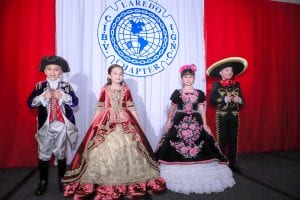 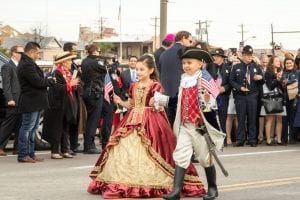 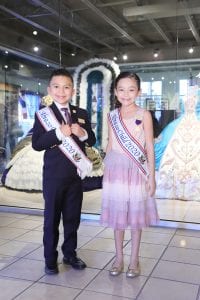 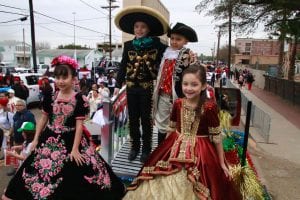 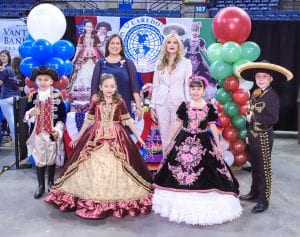