Ella Alessandra Gonzalez, 7, is the daughter of Mr. and Mrs. Alejandro Jose Gonzalez. Ella is a second grader at St. Augustine Elementary School where her accomplishments include yearly Honor Roll, the May 2016 Student of the Month, and participating as a member of the basketball team for 2 years. In addition to her achievements at school, Ella enjoys spending time involving herself with extracurricular activities. She has performed in numerous dance recitals as a member of The Erika Garcia Haynes School of Dance for the past four years, studying ballet and flamenco. Among other things, she also enjoys yoga, swimming, arts & crafts, golf and spending time with her family and friends. Her love of other cultures has sparked an interest in traveling across different parts of the world and has landed her in places such as Walt Disney World, Miami, Los Angeles, Cancun, and London. Involvement in WBCA is definitely not new for Ella. Her maternal grandmother, Lisa Zuñiga, has been an avid WBCA board member for over eight years and won prestigious awards such as the Presidential Award and the Joseph Netzer Award. Ella’s aunt, Casey Zuñiga, was also an Abrazo child in 2000 and a Society of Martha Washington debutante in 2010. Ella is excited to carry on the family tradition of participating in the Washington’s Birthday Celebration Association.

William Joseph is a member of the Gifted & Talented program at C. L. Milton Elementary School. The son of William Joseph Palumbo Jr. and Vanessa Medina Palumbo, William enjoys playing an array of sports. In these past years, he has played with the 1st grade Milton basketball team and additionally the 2nd grade Milton basketball team in the Boys and Girls Club League; and with the City’s Spurs League. William also plays flag football and has played baseball with the Laredo Pony League for the last two years. William not only excels on the field but in the classroom as well. He has received the Distinguished Student School Award for the past three years, which recognizes his ability to achieve a straight “A” Honor Roll and maintain Perfect Attendance. He placed 1st place in the School Science Fair and was recognized as fourth among the first grade students in the Accelerated Reader program. As he continues on his path of education and athleticism, he understands the importance of hard work, fair play, and respect for all.

Cassandra will represent Mexico as an Abrazo Child. Cassandra, 8, attends the third grade at Mary Help of Christians School. She is the daughter of Jeremiah Jon Cabrera and Cristina Isaura Zamudio de Cabrera. Cassandra is a member of the school’s Mary’s Club, and Marian’s Club. Her extracurricular activities also include choir, crochet and Club Net. She enjoys acrylic painting, baking, playing tennis, golf, dancing hip-hop, ballet and horseback riding. She also enjoys a good book and loves to travel as well as playing with her friends and family.

Mateo is a fourth grader attending United Day School. He is the son of Eduardo de Jesus Cañamar Ferrara and Marisela Morales Cañamar. Mateo plays soccer with the U9 and U10 teams in the Laredo Heat Soccer Club. He is also a part of the Laredo Speedster Basketball League, the United Day flag football, basketball, and track teams. He is a member of the United Day Environmental Club, was a Student Council Representative and Citizen of the Year for the third grade. Mateo enjoys most sports, outdoor and ranch activities such as hunting, fishing, and archery. This past summer he attended Teotepec Summer Camp in Saltillo, Mexico for two weeks where he focused on creating learning and recreational experiences based on Christian core values. 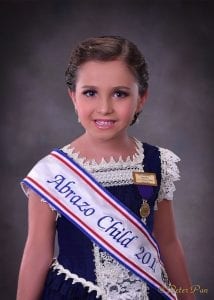 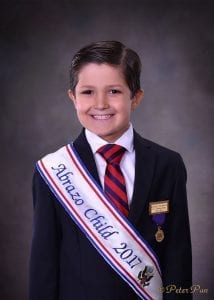 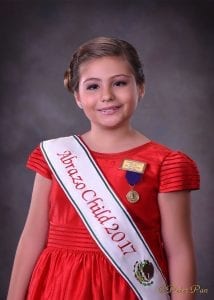 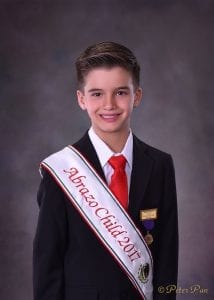 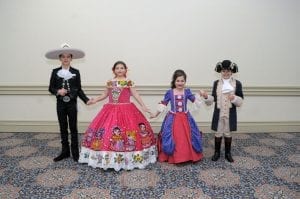 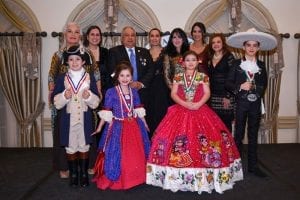