Anna Victoria Herbig is the daughter of Mr. and Mrs. Andy Herbig. She is an eight-year-old student who attends St. Augustine Elementary School. She is an all “A” Honor Roll student and is currently in the third grade. Her hobbies are cooking, playing tennis, swimming, art and dance. Anna enjoys playing tennis with her family and competitively. She is currently a member of the United States Tennis Association. In the last two seasons, her and her team have won first place in the intermediate and advanced divisions of their age group. Her love of the arts has inspired her to qualify twice as an art contestant in the International Children’s Art Exhibition of Tokyo, Japan. She also qualified as a contestant in the Annual Treasures of the Texas Coast Children’s Art Contest. In addition, she enjoys being on her toes while dancing away in ballet and flamenco since she was two years old. A caring individual, Anna likes helping others and giving back to the community. She has participated with the International Good Neighbor Council’s annual Christmas Project for several years. She has assisted in collecting, packaging and wrapping gifts for the children and mothers at the Hospital Civil in Nuevo Laredo, Mexico. Anna is honored and thrilled to represent the United States as an Abrazo child.

Michael Casso, 9, is a fourth grade Gifted and Talented student at Col. Santos Benavides Elementary. The son of Peter and Mindy Casso, and the grandson of Mike and Nellie Trust and Pedro and Rosalinda Casso Carranza, Michael excels in all he does. In school, he works hard earning a spot on the “A” Honor Roll every six weeks, and for the last three years, Michael has earned the prestigious Top of the Class Award bestowed on students who meet stringent academic criteria. Furthermore, last year, Michael placed first in the school’s Math Bee and second in the school’s Spelling Bee. In addition to being an exemplary student, Michael is an exceptional athlete. Playing year-round baseball, Michael has been named to All Star teams in both Pony League and Northside Little League.

He excels in basketball, plays quarterback for his flag football team, and has placed in the top four spots in local cross-country meets. Michael has earned the respect of his teachers, coaches and teammates for the amount of effort he puts forth on the field, on the court, and in the classroom. He credits his balance of academics and sports with his spiritual faith, his teachers, coaches and the love and support of his parents.

Claudina Patricia Gonzalez Vazquez will represent Mexico as an Abrazo Child. Daughter of Mario Alberto Gonzalez Garcia and Patricia Claudina Vazquez de Gonzalez, Claudina is an eight-yearold Honor Roll student who attends United Day School as a third grader. She is a member of the school’s cheerleading squad and volleyball team. She also attends the Laredo School of Contemporary Dance, where she practices ballet and jazz. Claudina, better known as Clau by her family and friends, is part of the Buen Pastor program from Saint Patrick’s Church. Her hobbies include singing, dancing, baking, and doing all types of arts and crafts. Her love for the outdoors is one of her strongest characteristics. She enjoys fishing and hunting with her older brother Mario at the family’s ranch. She likes to travel and enjoys reading the “Magic Tree House”, “Stella Batts” and “Harry Potter” series. Although she has a busy schedule, she always sets time aside for her favorite TV shows such as “Cupcake Wars” and “Dance Moms.” Claudina is wise beyond her years and loves to help others. She is a thinker and a problem-solver who is always looking for a good challenge. Claudina is delighted and honored to represent Mexico, as she is fond of its culture beauty and traditions.

Son of Mario Alberto Barragán Rodriguez and Mirthala Garza de Barragán, Juanmario Barragán Garza will also represent Mexico as an Abrazo Child. He is a nine-year-old Honor Roll student attending fourth grade at United Day School. He is part of the basketball team and a member of the United States Tennis Association. He recently advanced from the Orange Ball Tournaments to the Green Dot Ball Tournaments and is doing very well. He aspires to become a professional tennis player and play better than Roger Federer, a Swiss tennis player currently ranked number three in the world! Aside from tennis, Juanmario is part of the Buen Pastor program from Saint Patrick’s Church and exercises in the Parisi Speed School at Gold’s Gym three times a week. During his free time, he likes to write stories in his journal, practice yoga with his mother and loves to play games such as Terraria and Minecraft on his ipad while connecting and chatting with friends. Juanmario also takes pleasure in studying Spanish with his grandmother, going to the ranch with his grandfather and spending time with his younger siblings, Mirtala and Joaquín. Juanmario mostly looks forward to reading J.K. Rowling’s “Harry Potter” series every night with his dad. They are both Harry Potter fanatics and are currently in book number seven, “The Deathly Hallows.” 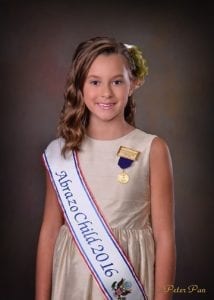 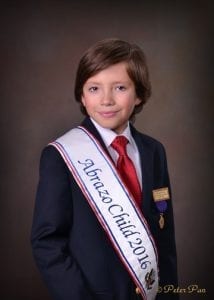 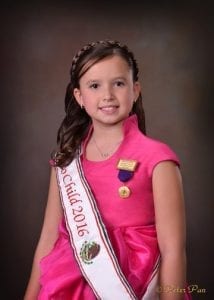 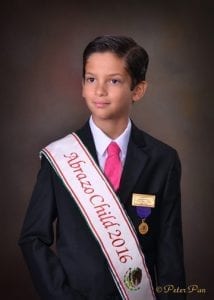 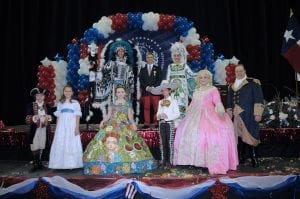