Valeria Lucia Montemayor is a 9 year old 3rd grade student at Mary Help of Christians School. The daughter of Fernando and Lucia Montemayor, Valeria is a straight A student and has received much recognition this year. An accomplished athlete, Valeria is a member of the Laredo Triton Swim Team. This season, she qualified in 7 events for the State Swim Final Championships held last week, where she won 1st place in the 200 yard freestyle 10 year old and under event. She is a member of her school’s Volley Ball team and a runner for the Cross Country and Track Team. This past November she achieved the first place win at the city cross-country meet for the third grade division. Valeria also has a high appreciation for the arts. She loves painting, specifically acrylic painting. Her interpretation of St. John Bosco won 1st place in her school’s St. John Bosco Anniversary Poster competition. Valeria is a ballet and flamenco dancer at the Erika Haynes School of Dance and a member of Mary Help’s Choir. Also a pianist, she completed her first National Guild Certification. Valeria enjoys reading and musical theatre.

John Roman Galo, 9, is a fourth grade student at United Day School. Son of the Honorable John C. Galo and Anna Benavides Galo, John Roman has attended many WBCA events since the age of one. He is involved in many activities and clubs, including the school’s choir, Patriot Voices, and the Environmental Club. He is also an athlete, participating in the school’s flag football, basketball, tennis and track team. Outside of school, he is a member of Cub Scout Troop 201, Lone Star 4H Club, Webb County Sports 4H Dusters and the Laredo Swim Team. His other hobbies include theatre arts, skateboarding, and joining his father at their family ranch.

Alexandra is the daughter of Jose Javier Carriedo Lechuga and Gabriela Villarreal de Carriedo, Alexandra is a nine-year-old honor roll student who attends Mary Help of Christians School. Lexi is part of the 4th grade volleyball team and this past season they achieved the co-city champs title. An avid dancer, she has been taking lessons in Ballet, Hip-Hop and Flamenco since the age of 3. She is a member of Club NET where she learns about ethics and moral values. She enjoys dancing and singing to songs by Little Mix and One Direction. She also loves to read books from the “I Survived” and from the “Junie B. Jones” series. Her hobbies include arts and crafts, building Legos, baking and playing dolls with her sister Natasha. During an art exhibit featuring renditions of the Mona Lisa, she was recognized as “Best in Show”. She also admires the sea and loves to play on the beach.

Franco is the son of Alejandro Garza Garcia and Sandra Carmona de Garza. The youngest sibling of two brothers, he is an outgoing individual who has no problem making friends of all ages. A nine-year-old honor roll student at United Day School, he plays on the school’s basketball and flag football teams and participates in Patriot Voices. He recently became a member of the highly selective Duke Talent Identification Program 4th-6th Grade. Franco loves to hunt at his Grandfather’s ranch “Alto Bonito” with his family. He also plays tennis at the Laredo Country Club and is a part of the United States Tennis Association. A very bright child, Franco has read the literary series of Rowling’s “Harry Potter”, Riordan’s “Percy Jackson”, and Suzanne Collins’ “Hunger Games”. He is currently reading the “Inkheart Trilogy”. Franco received the Outstanding Accelerated Reader award and was the only student to receive the award in Vivid Vocabulary. When not reading, he plays videogames on his X-Box and computer. 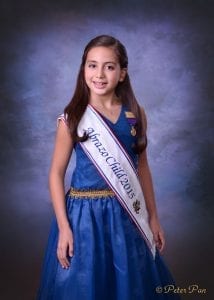 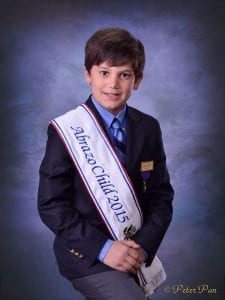 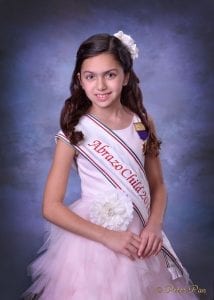 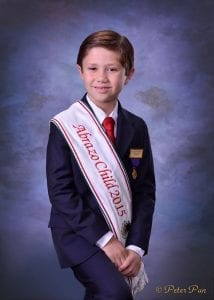 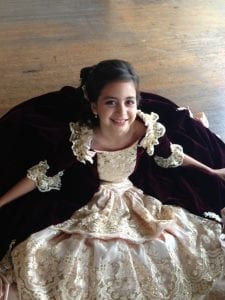 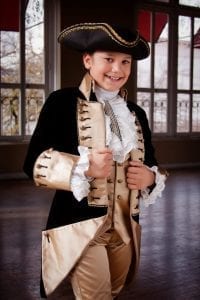 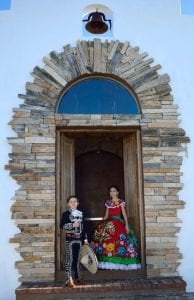 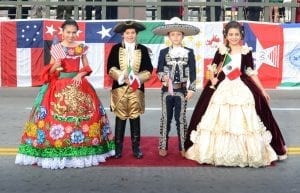