Isabella Gonzalez is nine years old and a fourth grade student at Colonel Santos Benavides Elementary. She is the daughter of Rochelle and Juan Manuel González Jr. Isabella is an honor roll student and runs on the school’s track team. She is a member of the Jischke Gymnastics Team and has competed in several gymnastic competitions throughout the state winning numerous first place medals. Her volunteer work includes her participation in the 2008 Princess Pocahontas pageant and with Project Cupcake at Bethany House. She is a member of the Performance Academy Summer Volleyball Camp and a dancer at the Erica Garcia Haynes School of Dance.

Nine year old Frank is the son of Jay and Elva Puig and the brother to Jordan and Edward. He is the grandson of Mr. and Mrs. James W. Puig and Mr. and Mrs. John L. Chamberlain. ‘Pancho’ Riley, as he is known to his family and friends, is a fourth grade honor student at United Day School. He participates in basketball, flag football, and track. Outside of school, he plays in the Border Area Youth Football League and the SPURS Basketball League. Riley is an avid Aggie and Miami Heat fan. He loves the outdoors, and whenever he has the chance, he enjoys going to the coast to fish and the ranch to hunt. During his spare time, you might find Riley hanging out with his friends, swimming, playing video games, reading a great book, or playing with his dog, Aggie.

“Gigi,” as she is affectionately known, is nine years old and the daughter of Juan Braulio Carranza González and Patricia Gutierrez de Carranza. A third grader and honor roll student at United Day School, Gigi is an active member in the Early Act Club and Choir. She enjoys weekends playing with her dog, Lulu, and spending time with her parents and big brother Braulio at their family ranch in Zapata, TX. Her passion is dance, specifically Ballet and Flamenco, having taken classes since age three under the instruction of Cristina Greco of El Estudio. Gigi is a doll collector enthusiast, collecting dolls from all over the world and traveling to doll shows. Next on her to do list is to tour the Barbie Museum on the island of Oahu, Hawaii. Gigi is delighted and honored to represent Mexico, as she is a direct descendant of Don Venustiano Carranza, former President of Mexico and founding father of the current Mexican Constitution.

Eduardo Andres Lerma Bazan, 9, is a fourth grade student at United Day School. He is the son of Julio Francisco Lerma Torres and Triana Bazan de Lerma. As the youngest sibling, he is a caring individual with a pleasant personality and big heart who always has a smile and hand to lend to his older brothers Paco and Pablo. An active young man, Andres enjoys the outdoors and looks forward to attending the annual Houston Livestock Show & Rodeo every year with his family. He also plays on the Patriot’s basketball and football teams and he also has a passion for golf, which he has been playing since the age of 4. Andres is a member of the United Day School’s Robotics & Early Act Clubs. In his free time he can be found at the ranch with family and friends or at home playing his favorite video game, Minecraft. Like his Grandfather Rodolfo, Andres has a penchant for collecting. Among his most treasured possessions are his collections of Lego’s and sports memorabilia, especially items from his favorite NBA team, the San Antonio Spurs. 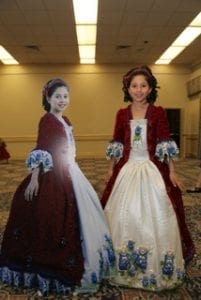 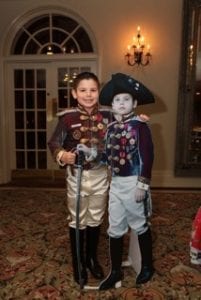 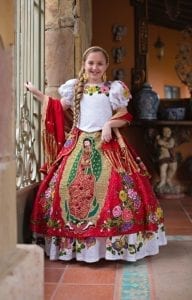 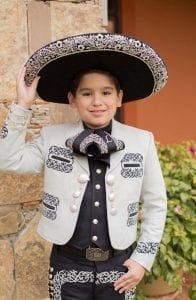 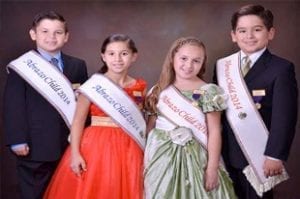