Isabella Gibson is an eight year old third grade student at United Day School. She is the daughter of Mr. Matthew Gibson and Mrs. Gabriela Garcia-Gibson. Isabella is an outgoing and active young lady who is a member of her school’s Early Act, a club which engages students in character-building activities and prepares them for leadership roles. She plays tennis and enjoys swimming and dancing. Another favorite hobby is spending time with friends.

Edward Henry Maddox is an eight year old third grade student at United Day School. Edward is the son of Mr. Edward Frederick Maddox and Mrs. Adriana Benavides Maddox. He is an all “A” honor roll student who is active in the school’s basketball and flag football teams. He is also an active member of Kugar Tae Kwon Do. Outside of school, he plays golf and enjoys hunting as well as collecting arrowheads at the ranch. An avid Lego designer, he dreams of visiting the Lego factory in the near future.

Maria Resendez Rodriguez is an eight year old third grade student at Colegio Irlandes de Nuevo Laredo. She is the daughter of Federico Resendez Martinez and Mrs. Angelica Rodriguez de Resendez. Aside from playing volleyball, she has a high appreciation for the arts including ballet and painting.

Emilio Lerma Garza is a nine year old fourth grade student at Mary Help of Christians School and is the son of Mr. Claudio Lerma Torres and Mrs. Aria Garza de Lerma. Emilio keeps busy at Mary Help of Christians School by participating in sports such a soccer, flag football, golf and tennis. Furthermore, he is a choir member and also plays guitar and piano. Other hobbies include hunting, horseback riding and karate. 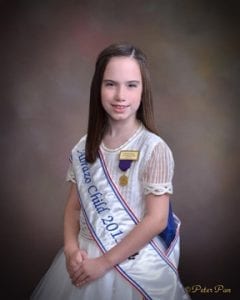 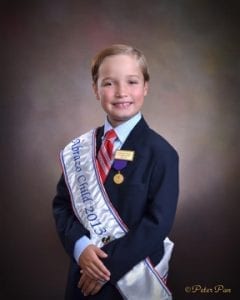 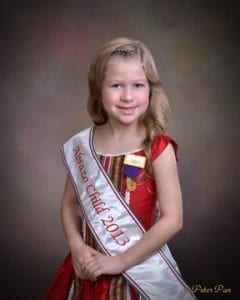 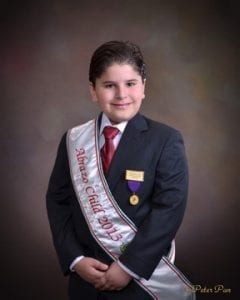 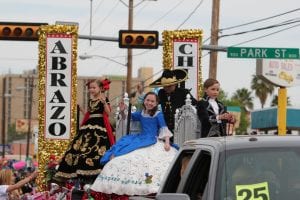 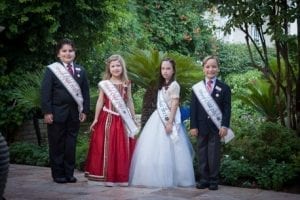